Last week, the proposed changes were given to Ministerio de Economía Industria y Comercio (MEIC) for consultation.  MEIC is in charge of streamlining the process and making sure there are no policy or laws which are excessive based on law 8220. Click here to view the response in english.

The new net metering Executive Decree No. 37045-MP-MEIC, was closed for open consultation May 20th 2020. Over 40 companies and organizations have made comments for and against the new policy for many reasons.

As May 29th 2020, MEIC rejected the draft because “As a result of the foregoing, this Directorate concludes that the proposal violates the principles of regulatory improvement of: Certainty, Efficacy, Efficiency, Advertising, Clear and Objective Rules, Legal Security, Transparency”

Now the draft goes back to MINAE and they will have the option to , 1.) change the current draft to meet the requirements of MEIC, 2.) Remove the items which are issues for MEIC 3.) Start over with a new draft and open consultation.

This is a great opportunity to now push for the elimination of the 15% rule which we believe is a anti-competitive tool used by the electric companies. We currently have a study done in 2015 by the International Development Bank (IDB) that shows Costa Rica’s grid can handle 100 percent penetration of distributed solar energy and would benefit to stabilize the grid.

The 15% rule is still in effect and has no bases on why. Currently we have found a report conducted by the International Development Bank in 2015 which contradicts CENCEs reasons for this 15% rule. CENCE, (whose office in under ICE) states their reason for the rule is to stabilize the grid when distributed generation is unreliable. CRSS views the underline reason or could be a used as a tool to slow down Distributed Generation and the penetration of solar in the marketplace.

The 49% rule is eliminated but no mention of the 2nd meter. The 2nd meter is for production calculation as well as taxes generated for public services. The production meter is as important because it is used by the electric companies as a barrier. Click here for more information.

Good Changes from the draft.

There is many more issues with this draft but we do have something to start with.Good changes from the draft.

Elimination of the 49% rule.

Virtual metering, which means a opportunity of solar gardens. You can generate electricity in one location but bill it in another location. Both meters must be under the consumers name or corporation.

Definitions of Islanding, Parallel, and Grid tied. This also gives the explanation of what is allowed. If you are Islanding (off grid) or Parallel (zero export), you do not need to be permitted but you do need to register your system. This does mean you will need a Costa Rican electrical engineer to sign off of the plans. Grid tied you will have to go thru the permitting process.

Stay tuned for more information on YOUR rights for energy independence! 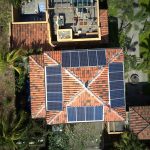 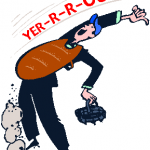