Just recently a report was released to Costa Rica ARESEP about encouraging distributed energy (solar systems) to stabilize the grid. Three reports where conducted by the request of ARESEP and MINAE, 2015 Grid Report International Development(English) Bank (IDB), 2017 IDB The Distributed Generation Auto Consumption Costa Rica and 2020 Utility of the Future by the Universidad Pontificia Comillas in Spain(English). These reports show how important it is to change the old way of thinking in the traditional way of managing the grid.

In each of these reports it encourages use of distributed generation and energy storage will stabilize the Costa Rica Grid. These reports use examples, such as Hawaii, California, from all over the world and each report shows how those countries overcame high rates of penetration of distributed energy.

CRSS is highly involved in monitoring and interacting with Costa Rica’s policy makers. We are showing them how distributed energy with energy storage can help them stabilize the grid and not be afraid of solar systems. Our day to day hurdles is the old way of thinking that the electric companies should be protected and not lose revenue. We believe the energy companies could greatly benefit from distributed energy by managing it using smart inverters and todays technology.

This week, CRSS was involved in the presentation of the latest report from Universidad Pontificia Comillas (in Spain) conducted by Dr. José Pablo Chaves Ávila and it was another eye opener for Costa Rica. We asked the question about the 2nd production meter and how it was a barrier used by the electric companies. The question about eliminating the 15% rule because of data showing it is NOT needed to stabilize the grid. Each question came with rebuttals that did not have any merits from Costa Rica Electric companies.

Currently Costa Rica’s net metering policy being tested by a new draft from the presidential decree and a new bill introduced by congress to make it a law. CRSS views this activity as a positive way to make changes to bennifit the consumer and Costa Rica. We will keep the pressure on to make Costa Rica truely a renwable energy country for everyone! 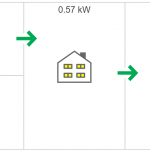 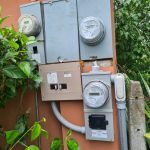