Back to Media Information

The Myths of Solar installation Costs in Costa Rica 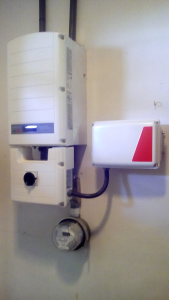 Recently, I have been receiving information from installation and large leasing companies in the United States about installation Costs and how the prices have dropped.  In the past few years, we heard from Ministries in Costa Rica about how the installation of solar systems is too high and that we need to lower the costs. There are a lot of similarities and differences for the markets around the world and pricing is normally the main concern. Here are a couple of myths that we have heard from people looking for a solar solution in Costa Rica.

1st The cost of installation is too high compared to the U.S.

After spending a hour on the phone with a representative of a major solar leasing company in the U.S. we found out that CRSS has a lower cost per watt then all the markets in the U.S. “ Pennsylvania/New Jersey and he said their average price per watt is $3.60 when financed and $3.23 if self-financed. The average system they install is 8kW.”  CRSS cost for a 8kW system is $2.24 and on a 10kW system our priced dropped down to $2.00 per wp.

CRSS has installed Enphase (micro inverters), SMA, EATON, ABB (String inverters) and SolarEdge (Power Optimized inverters). We chose SolarEdge as our flagship inverter for multiple reasons, 1st the technology, 2nd the ability to monitor that is included in the price, 3rd the warranty and financial stability of the company. We found out that installing the SolarEdge system for projects above 10 panels was cheaper than using string inverters because of various reasons. The trunk cables and each panel having inverter that cost more than the power optimizers and single inverter. However, the price for the total system of a SolarEdge was more expensive than a string inverter but the advantages outweighed the price. 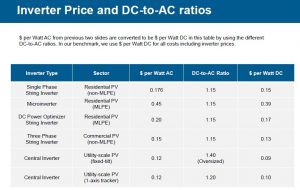 3rd Labor is so cheap in Costa Rica that the prices should be far less in the U.S.

No doubly this is a true statement for many reasons. However, in Costa Rica the solar industry is really an unregulated industry and you get what you pay for. You also have a lot of installation companies that are not registered with the CAJA because of the high cost of employee benefits such as the yearly one month advancement, and the monthly 40% taxes to the CAJA. However, as we showed from the pricing above Costa Rica still has lower installation cost than the U.S. 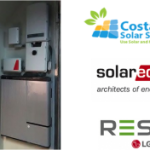