Costa Rica Solar Solutions is one of the first to install feed-in limiters and what we have learned!

Costa Rica Solar Solutions is one of the first companies to install the Feed In Limitation option for Central and South America. As mentioned in our previous post Solutions and Options for the new solar regulations in Costa Rica, we are installing a SolarEdge Monitoring system which will:

Since December we have installed 6 systems and have learned a lot about how this integrates with the SolarEdge Inverters and Power Optimizers.

Here are three different examples on how the system works.

Example 1: Residential Home with a Feed-In Limiter and no two way meter for the power company.

Example 2: Residential Home without Feed-In Limitation, has a two way meter with the power company.

Example 3: Luxury Home with a Communication Control Gateway (CCG) and a Feed-In Limiter. This home has two inverters and needs a CCG to communicate with the Feed- In Limiter. The home is rented out during the month and has a high consumption almost 8,000 kWh per month. This home does not have a two way meter and does not have net metering until expected policy changes.

Since we have been installing the Feed in Limiter solutions we have learned a lot about how well the SolarEdge system works together with the inverters,power optimizers and metering (modbus) system.

This is not only for limiting energy feeding into the grid (because of the shift in policies) but also to use as a tool for the consumption patterns and data that might be needed for battling the billing department with the power companies.

By using this tool we can now design better systems for using Tesla Batteries. We now have the ability to see how much energy the client need for the night time usage and can size the battery needs.

This data can also help the clients to see what their consumption patterns are and help them make changes to use more self consumption than importing from the grid.

As many of the competing companies are trying to find ways to over come the lack of current policy, the end result may be the same but the technology will be different. Since the SolarEdge power optimizers is working with the SolarEdge inverters to meet the demands of the consumption we see a higher efficiency and are marveled by the cutting edge technology. 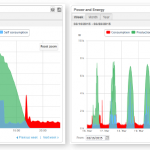 Solutions and Options for the new solar regulations in Costa Rica 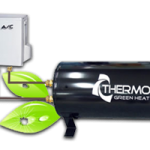